Marea
I swore that I would order something other than the fusilli on my next visit but then I just couldn’t make myself. I did try the other pastas ordered at the table and of course they were all fantastic. Someday I swear I will deviate! 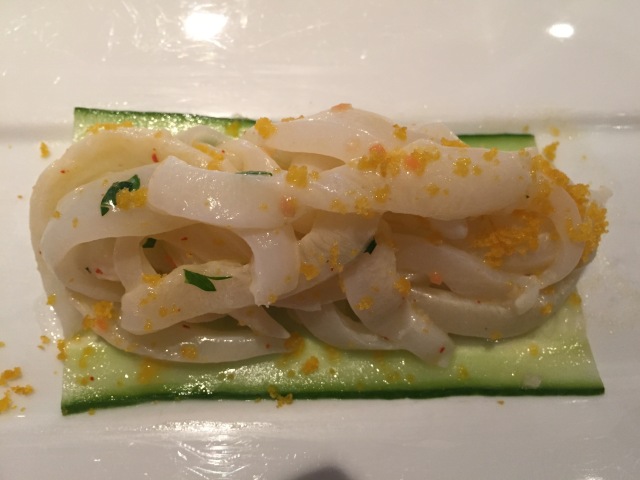 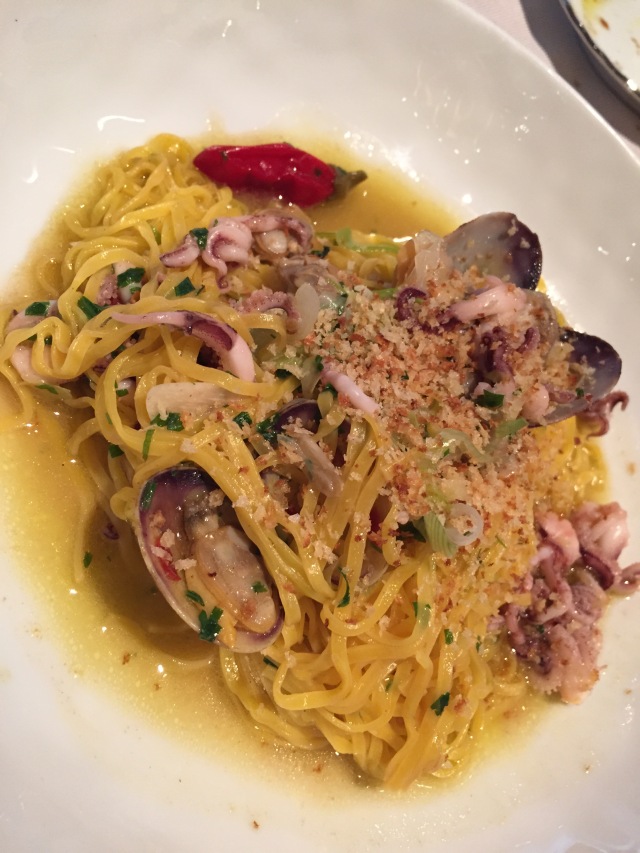 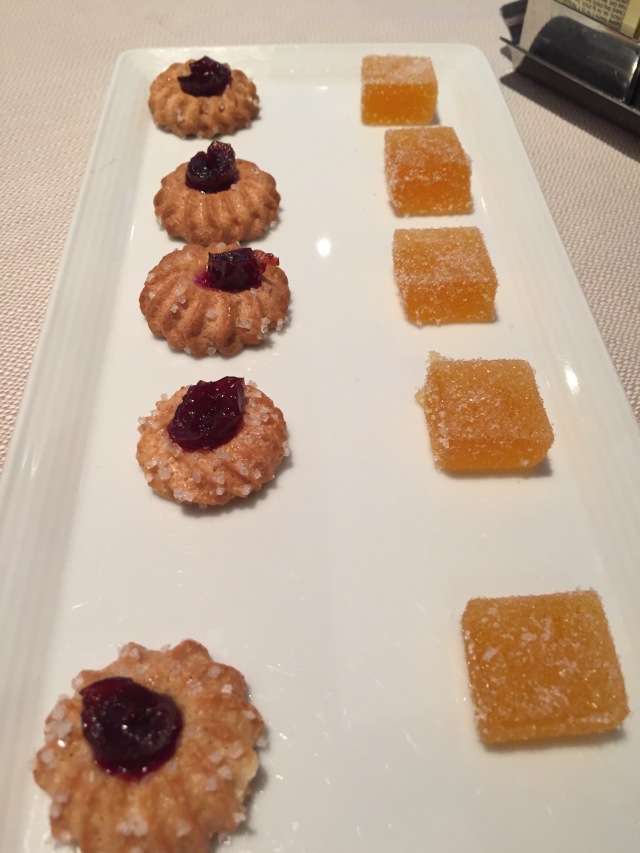 Lounge at EMP
I have been meaning to plan a return visit to EMP for quite some time. But with every new accolade it receives, I seem to become less interested as I don’t think it lives up to the hype. While the voting system of the Worlds 50 Best Restaurants is questionable at best, and I want US restaurants to do well, when EMP ranked at #5 this year it seemed a bit of a joke. So hoping that the experience would make me realize I had it all wrong we decided to stop in the lounge for a light dinner.

There seem to be dozens of servers at EMP and while I don’t know what the actual ratio is to diners, my perception is always at least 2:1. When you scan the dining room (still my favorite in NY) they seemed to be lined up around the perimeter just waiting for something to happen. So it was entirely unexplainable that we sat in the lounge for going on 10 minutes without anybody coming over and thus had no menus. One member of our group ordered a wine by the glass that was entirely too warm, and while she probably should have declined it when she was poured a small taste, shouldn’t a restaurant of this caliber serve wine at the correct temperature? Then several accompaniments arrived with the cheese but none were explained and we were left wondering if they really were meant for the cheese or for the foie. And the foie in no way compared to the one had a day prior at Per Se. Many of these things I would overlook elsewhere but at this level I admittedly nitpick because I have much higher expectations. And while we were in the lounge, I expect the service to be equal to that in the dining room. This is the 5th best restaurant in the world? Definitely not.

Selection of Local Cheeses with Rhubarb Jam and Sorrel Relish