Le Bernardin
The City Harvest lunch menu at Le Bernardin is the best kept secret in NYC.  I should probably even stop writing about it!  When I’ve found myself able to have lunch in midtown in the last few months I have tried to check out some other places.  And while I’ve had very good meals elsewhere I will keep returning to Le Bernardin as my absolute favorite. 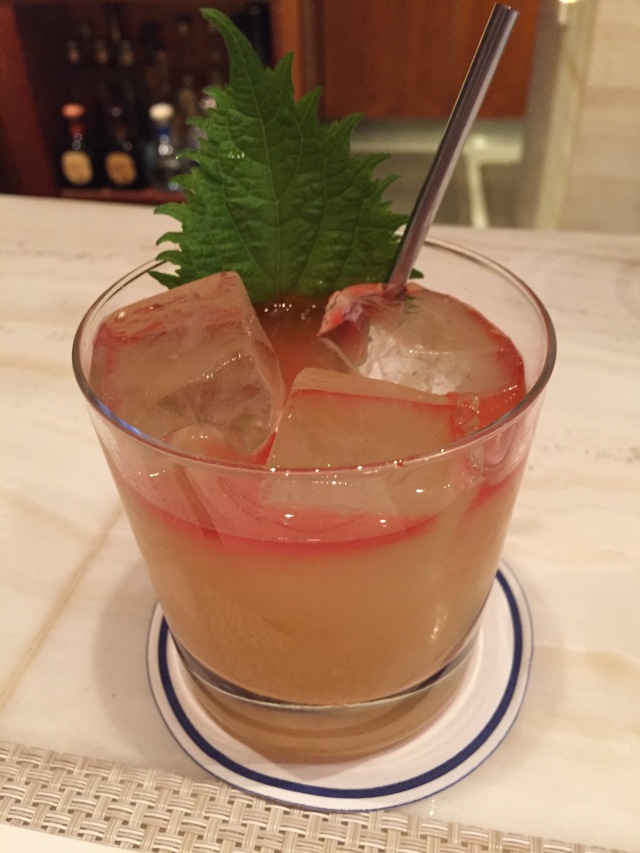 O Ya
I had hesitated in visiting O Ya when it first opened as the price when compared to some other similar options seemed pretty high.  We opted for the shorter 18 course omakase menu which my dining companion had a few times previously and which seemed to go quite quickly for so many bites.  I couldn’t take notes quickly enough as the dishes came out and unfortunately there as no menu at the end.  There were some totally fantastic things and perhaps some I didn’t enjoy as much just due to personal preference and not that they were not well executed.   I probably would have enjoyed this meal a bit more if sitting at the counter instead of a booth (our fault not theirs).  I’m not convinced that O Ya is good enough to warrant the price hike over Shuko but I’d gladly go back (if someone else is paying)! 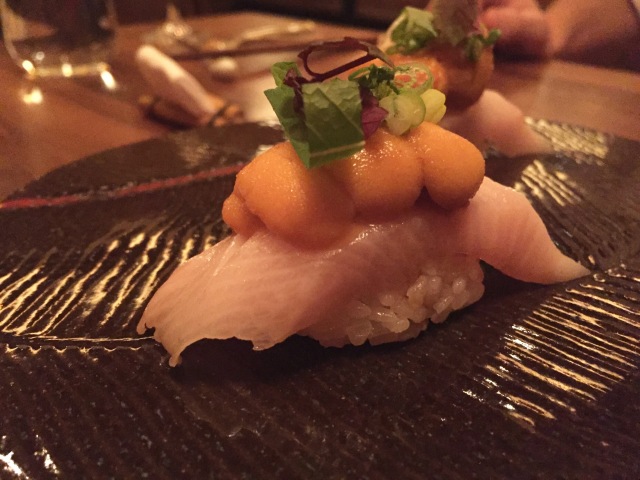 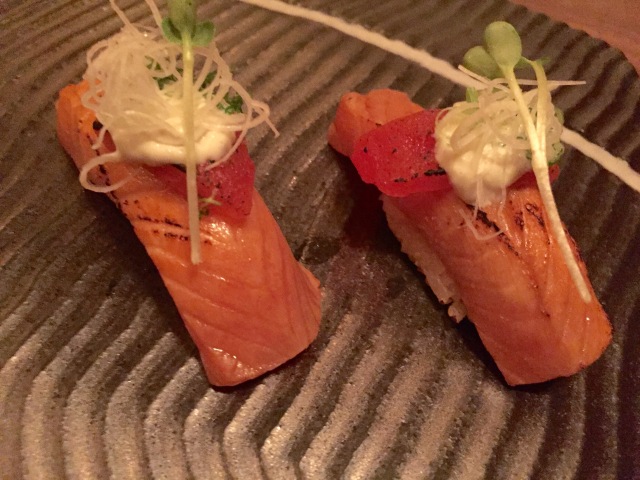 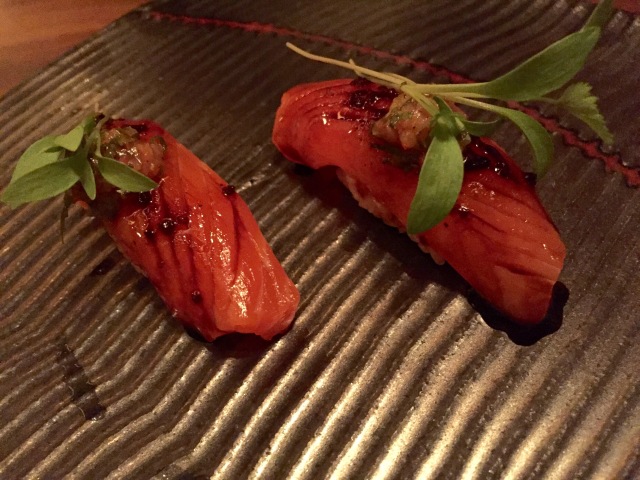 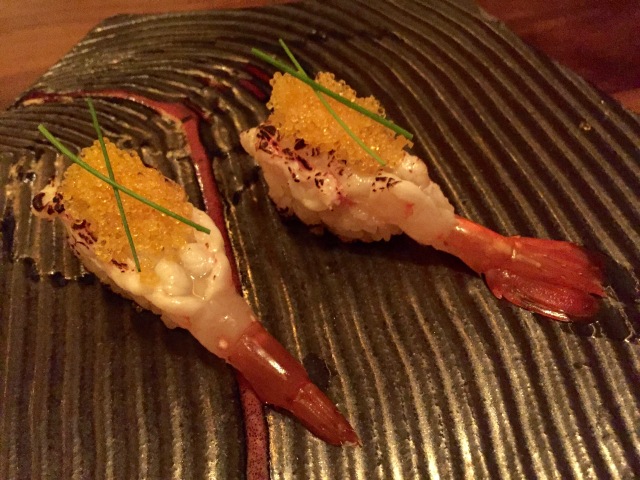 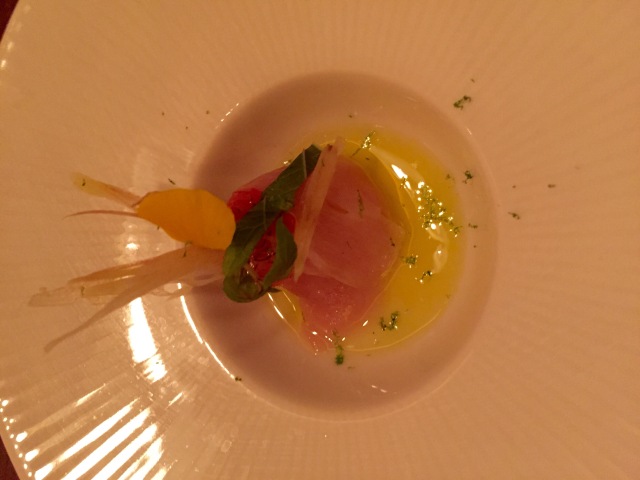 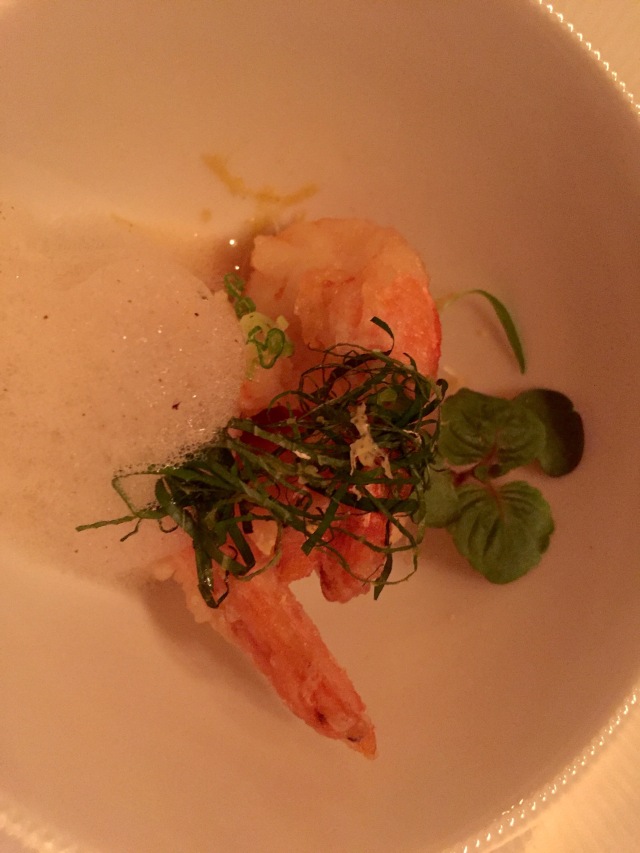 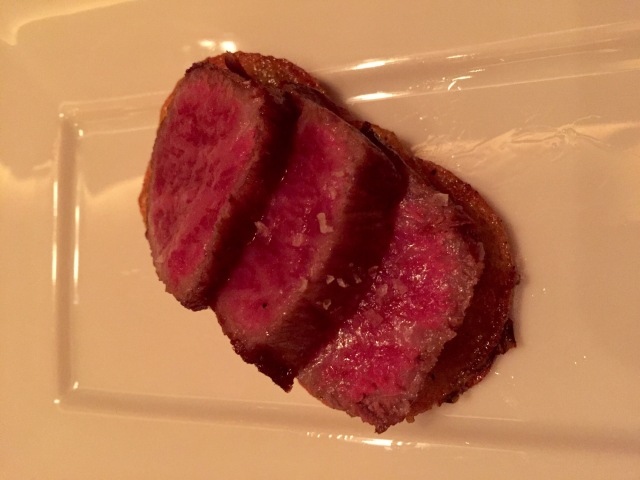 Not pictured, but after all of this fish, I ended the night with a stop at Nomad Bar for a hot dog.